On September 15, 2018, Prof. David Lowenthal died on the age of 95. He was perhaps the most important figure in the founding of Heritage Studies as an academic discipline. His best known work is The past is a foreign country, first published in 1985 and revised in 2015. The argument was enlarged in a later book, The Heritage Crusade and the Spoils of History (1996).

David Lowenthal was born in New York in 1923. He received a Bachelor in history from Harvard, but was employed as a geographer during the Second World War. Together with a photographer, he was sent to Europe to document roads, bridges and buildings in the areas conquered by the American army. He followed the army from Auvergne through Germany into Czechoslovakia. After the war he studied geography under Carl Sauer at Berkeley (California) and wrote a PhD on the pioneer environmental historian George Perkins Marsh (1958, revised ed. 2000). Marsh’s book Man and Nature (1864) was republished in 1965 with an Introduction by Lowenthal. Lowenthal’s interest in environmental history included not only the United States, but also the West Indies.

From 1956 he worked as a researcher for the American Geographical Society (AGS) in New York until his appointment in 1972 as a professor of geography at University College, London. Much of his early work is on historical geography, including one of the sharpest and funniest descriptions of landscape preferences: ‘English landscape tastes’ (written together with Hugh Prince). His research into landscape perception included landscape preferences and the way landscapes are valued.

As a geographer, Lowenthal focused on the history of the relations between human society and the environment. Related topics were landscape, heritage and identity. After landscape was largely excluded from geography by the leading geographer Richard Hartshorne and, a few decades later, by the ‘new geographers’ of the 1960s, Lowenthal was one of the people who saved landscape as a research topic within the discipline. His early works on landscape inspired others, including Denis Cosgrove and Kenneth Olwig.

His later work focused on heritage. Central in his vision was the difference between heritage and history. In a lecture a University College London in 2017 he formulated it as follows: “Heritage is not history: heritage is what people make of their history to make themselves feel good.” Where history seeks the truth, heritage instrumentalises history. To quote an interview with a Dutch newspaper (NRC, December 6, 2000): “In searching for our heritage we find the past we want to find”.

Some key publications by David Lowenthal

Lowenthal, D. (1985). The past is a foreign country. Cambridge: Cambridge University Press.

Lowenthal, D. (1996). The heritage crusade and the spoils of history. London: Viking.

Lowenthal, D. (2015). The past is a foreign country revisited. Cambridge: Cambridge University Press.

Clout, H. (2018). David Lowenthal obituary: Scholar who established heritage studies as an academic discipline in its own right. The Guardian 27-9-2018.

Marsh, J.P. (1965). Man and Nature; Or, Physical Geography as Modified by Human Action, with an Introduction by David Lowenthal. Harvard UP.

An interview by Yannis Hamilakis for the Annual Review of Anthropology, early in 2018, is available on https://vimeo.com/246465145

David Lowenthal was an enthusiast visitor of islands. Here he is seen on a ferry to one of the Norwegian islands in 1998. 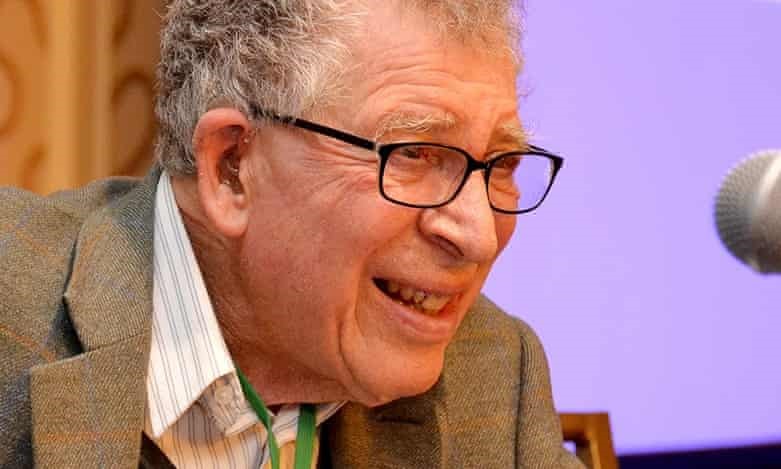 Lowenthal at the San Francisco AAG Annual Meeting in 2016, where he discussed his work in an ‘author meets critics session’.