Rotterdam has never been a city I really liked. In my scarce visits, I preferred to go directly to the river (I have always been fascinated by shipping). In the town, my interest was mainly in the remains of the pre-war town, although I sometimes did some shopping in the Lijnbaan. However, during the last few decades something was happening in Rotterdam. Or, perhaps I should say, Rotterdam and I both have changed. New developments brought the most impressive skyline of any Dutch town. The spectacular new Market Hall, but also the revival of the old harbour districts – the large-scale architecture of the ‘Kop van Zuid’ and the reuse of the RDM shipyard and the ‘Lloydkwartier’, as well as the museum harbour – made Rotterdam into a tourist attraction, not only for students of modern architecture but also for a much larger public.

On October 21st, 2016, a group of students in Heritage Studies visited Rotterdam. During the preparations, a central theme popped up in the many ways Rotterdam lives with the memory of the destruction of the historic centre by German air raids on May 14th, 1940.

The perfect starting point for the excursion was the Rotterdam Museum that has recently been moved to the Timmerhuis, part of which is the original building from which the post-war rebuilding of Rotterdam was coordinated. An extension of the building, designed by OMA (Rem Koolhaas) was finished a year ago. The director of the museum, prof. Paul van de Laar, guided us around through the temporary exhibition on the rebuilding of the town.

Models and posters showed not the loss of one of the country’s main historic town centres, but the spirit of optimism in the post-war period. This was a town that did not look back but forward, guided by architects and town-planners that used the opportunity to build a new town. In fact the plans were already in development before the bombings and the completely levelled city that is often shown on pictures is as much the result of demolition after the bombings as of the bombings themselves.

The new city became a showpiece of modern town planning and particularly the Lijnbaan, the shopping-mall designed by Van den Broek and Bakema, reached the architecture handbooks. Planners loved the clean, modern and well-structured town, that was so much better equipped for modern times than the crumbling and crowded city centres elsewhere. However, these opinions changed. However, during the 1970s, the interest in heritage grew. Historic city centres were restored and became popular places for shopping, recreation and living. Now it became clear that Rotterdam lacked beautiful old buildings, intimate and small-scale streets and places to recreate.

Therefore, the second phase of post-war reconstruction was characterised not only by post-modern high-rise buildings, but also by ‘cozyfication’. This started in the late 1970s with experiments in small-scale urban planning, such as the forest of ‘cube houses’ situated next to abandoned harbour docks that were now reused for museum ships. The second reconstruction was accompanied by a wave of archaeological research that shed light on the earliest origins of the town of Rotterdam. In some places, such as the spectacular new market hall, these traces have been visualised. During the second reconstruction, Rotterdam rediscovered its own history. 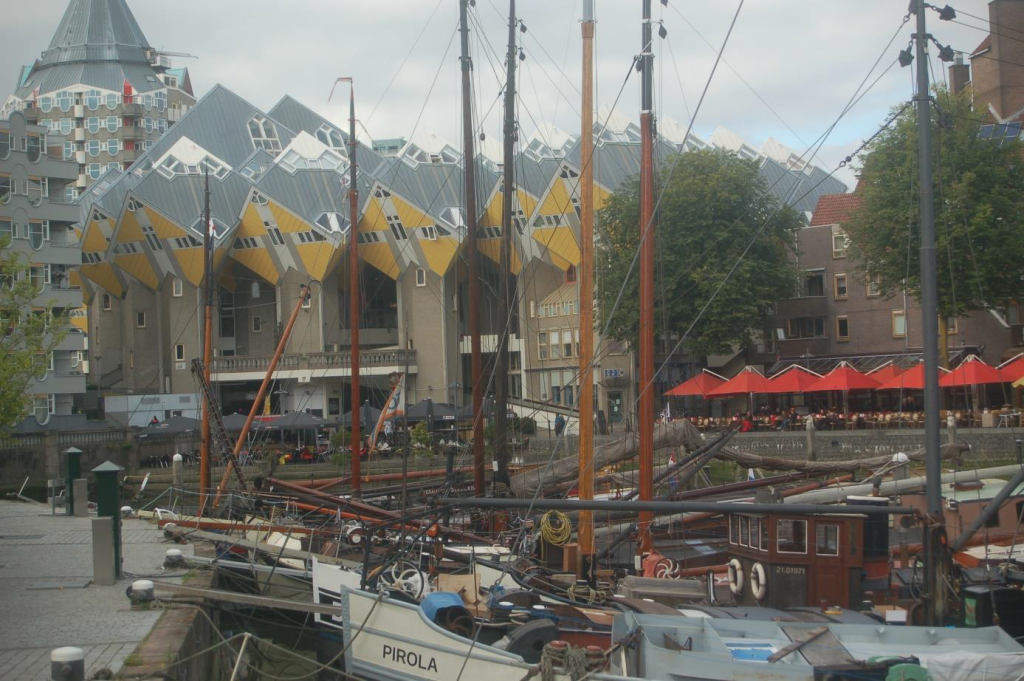 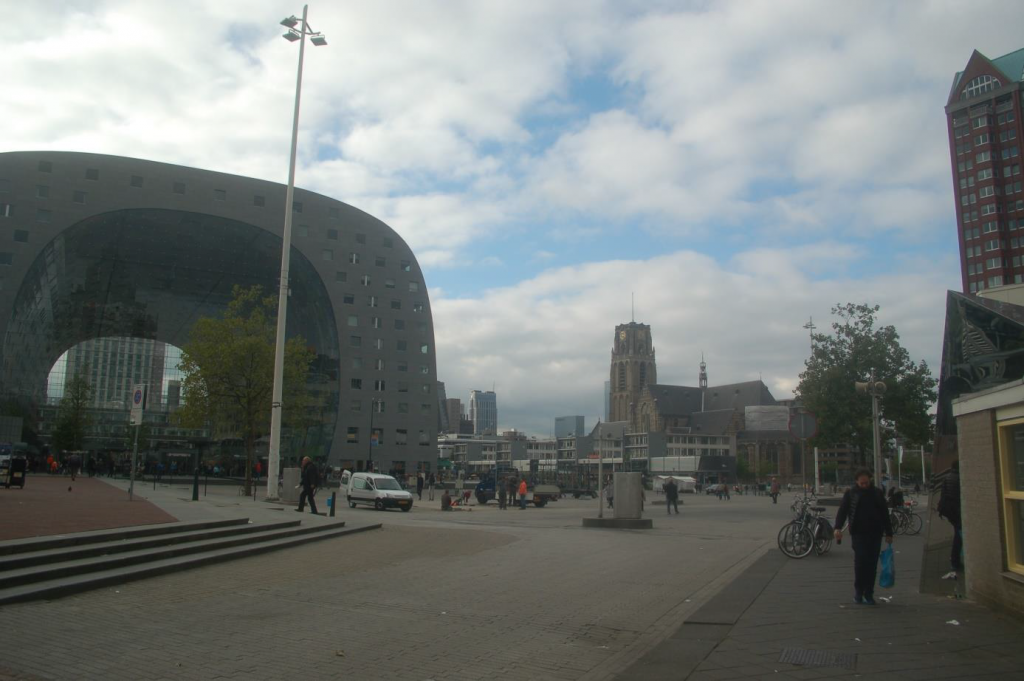 The new market hall, built at the heart of medieval Rotterdam. On the background the medieval St Lawrence church, built on the boards of the river Rotte.