This past summer I spent a few weeks of my holiday in New York City. With a couple of days all to myself I took the chance to see some of the city’s highlights. My guidebook, a brand new Dutch 100% New York guide, provided me with some good references of where to eat the best taco’s, when to visit museums for free and where to visit some best-kept-secret spots in New York. Following my guidebooks tips I ended up at one of New York’s most recent redevelopments of industrial heritage: the High Line.

The High Line is an elevated, 1,5 mile long park which runs through the Chelsea district. The redevelopment of the High Line started out as a grassroots endeavour aimed at preserving a piece of ‘Old New York’, as the decades-old railway would have otherwise been torn down.

The rail line was originally built in the 1930’s parallel to -and about a block east of- the docks along the western spine of Manhattan Island. A mere 30 years later it was deemed obsolete, due to the trucking industry’s domination over rail freight and the relocation of commercial activities from the Port of New York to nearby New Jersey.[1] For several decades the High Line stood abandoned in West Chelsea as a characteristic piece of industrial engineering.

The transformation of this abandoned line into a public space began as a bottom-up initiative started by neighbourhood residents, but soon the Bloomberg administration discovered the space as a highly visible, symbolic opportunity for historic preservation through adaptive reuse. As the design of the park was being championed by socialites and celebrities, the city rezoned West Chelsea for luxury development in 2005. Gentrification found its way into the burroughs.

My guidebook described the High Line as “a walk on the city’s balcony, providing an unique view of the Chelsea district, a public space above the crowded streets, where nature gets a chance to soften the concrete look of the city.” As I stood between the beautiful vegetation and old rusty railroad tracks approximately 10 meters above ground level I felt my book’s description was spot-on.

My view as a critical heritage student slowly replaced that of a tourist however when I started thinking about the impact of the project on the initiators of the project, many of whom never wanted to add to the gentrification process which was already taking place. Developments in Chelsea’s housing market have changed the makeup of the district significantly. Street venues are changing into tourist-friendly restaurants that cater to the crowds of passers-by and passers-through. The High Line – being such a beautiful piece of urban design and heritage – has the potential to attract groups powerful enough to diminish socioeconomic diversity and reconstruct the neighborhood into a more glamorous version of New York.

But as in any redevelopment case: there are winners, and there are losers; groups that benefit and groups that don’t. Perhaps just as many people see the High Line as a design-driven force for good, a shining example of adaptive re-use and a triumph of democratic initiatives over top-down urban development. They choose to look at the industrial heritage that’s been preserved and see an attraction that contributed to the neighbourhoods safety. Others see a former neighborhood of mostly working-class residents and light-industrial businesses that is rapidly and drastically changing. Where the initiators set out to create a public space shared by the people of New York, paradoxically they created a park for tourists instead. But is it even possible to foresee the exact outcome and control the consequences of these complex and potentially disruptive projects? The High Line redevelopment case illustrates that even bottom-up initiatives for preserving heritage can be so successful that they surpass their original goals, as we find more and more that everything is interconnected. We as heritage professionals-to-be should therefore always remain aware of the big picture when it comes to seemingly straight-forward urban revival projects. 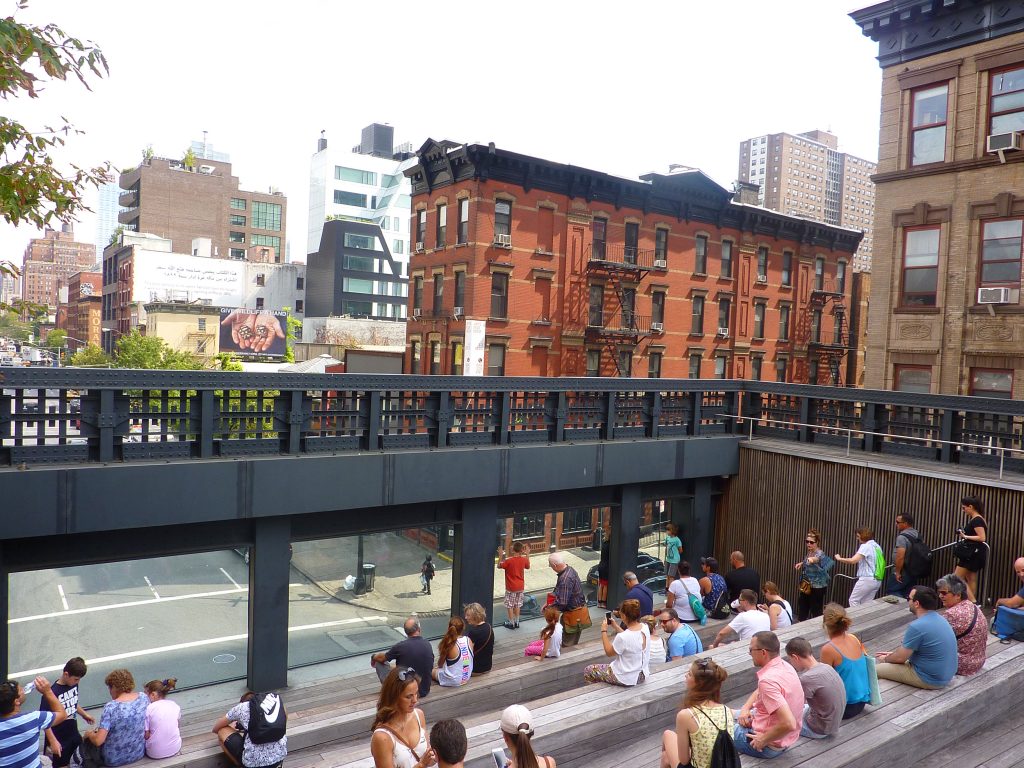 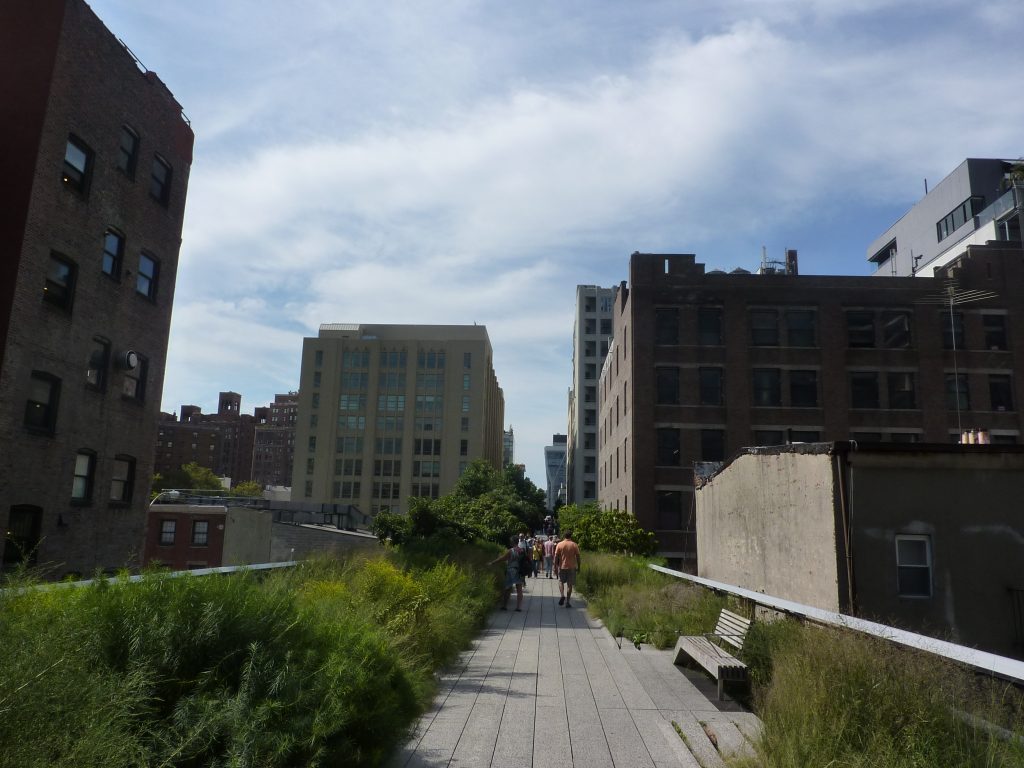 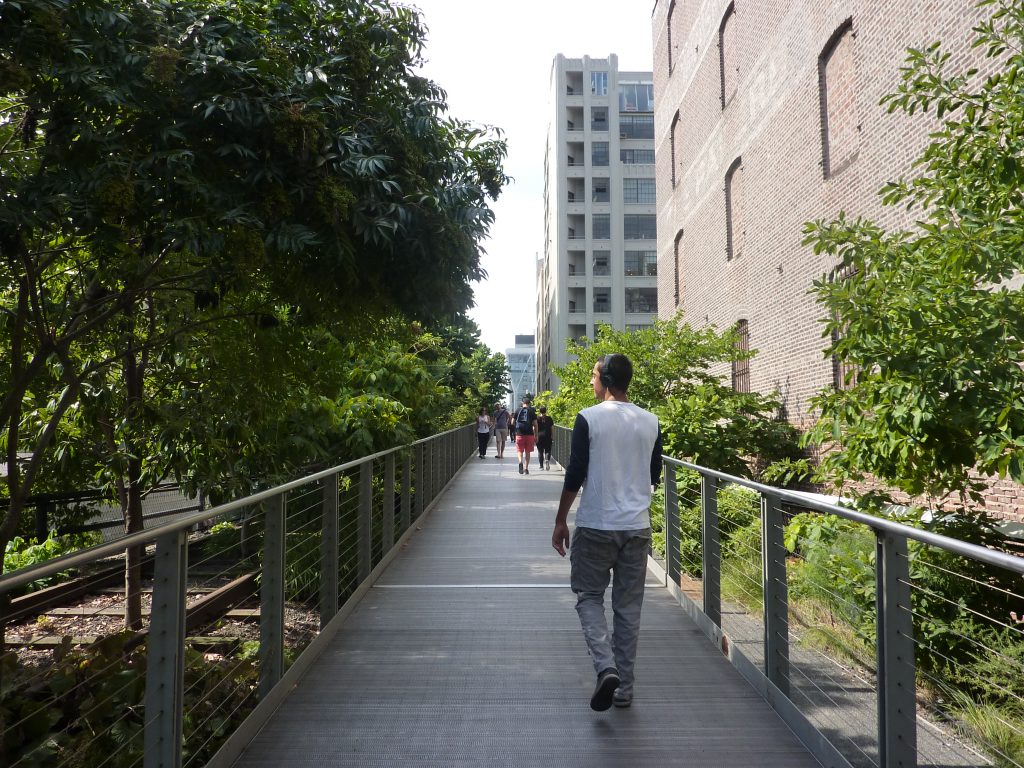 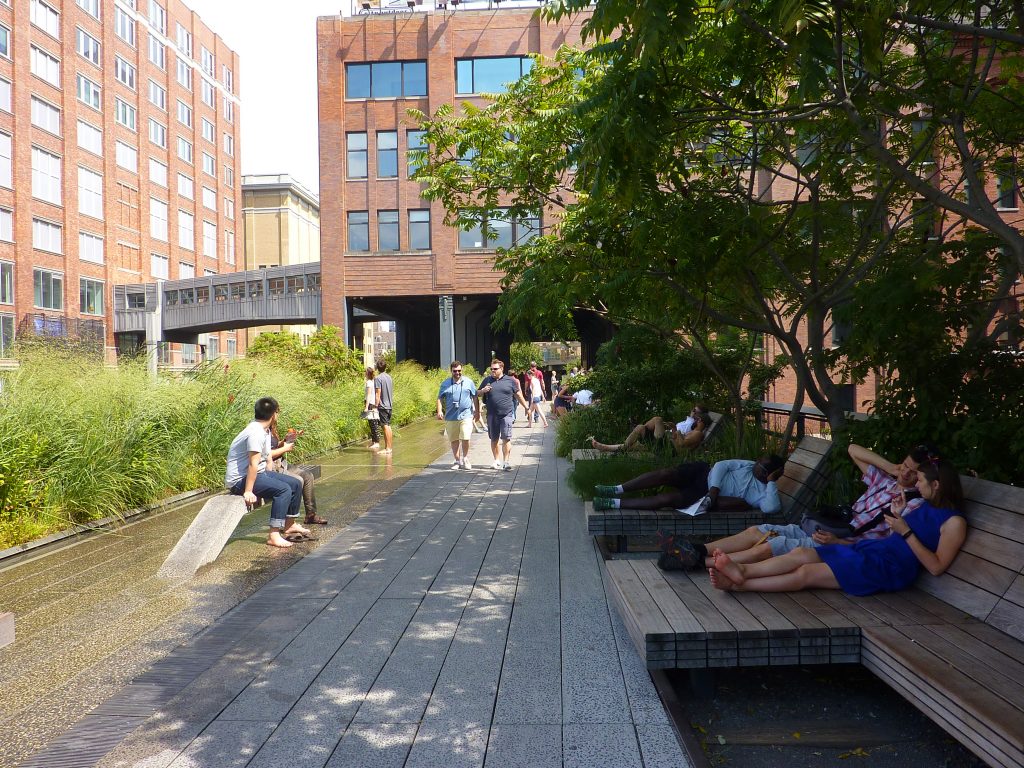 Ian Baldwin, “The Past Is Promenade: On the High Line,” Places Journal, September 2009. Accessed 1 Oct 2016. https://placesjournal.org/article/the-past-is-promenade-on-the-high-line/

Chan, Kelly, “Getting to the Bottom of the High Line Controversy: How Good Design Spurred Chelsea’s Gentrification” http://www.blouinartinfo.com/news/story/821368/getting-to-the-bottom-of-the-high-line-controversy-how-good