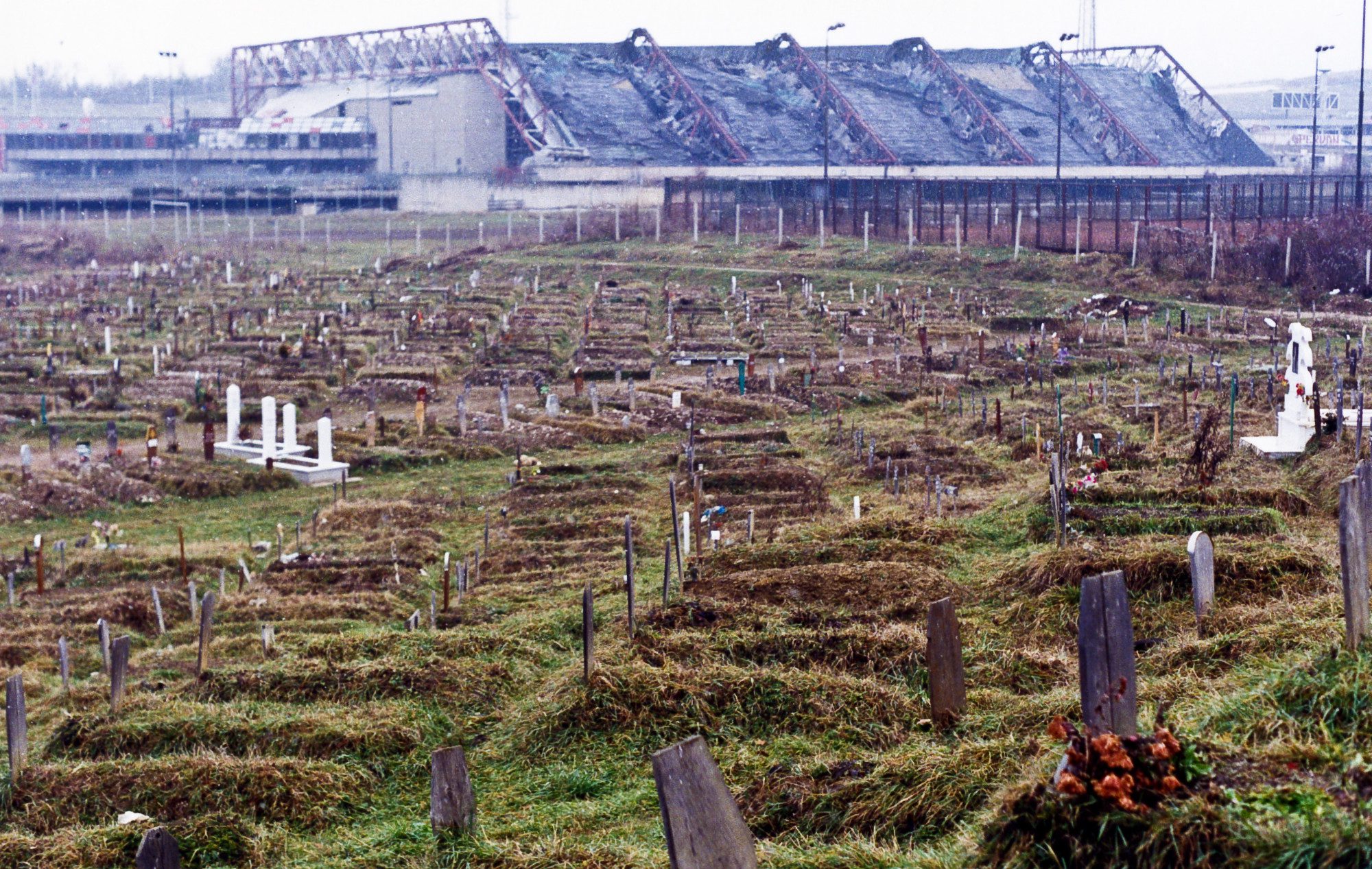 For the Biography of Landscape course we were expected to write a landscape biography ourselves. A landscape biography is a web of ideas that connect historical processes, stories and memories of a specific geographical location and relates them to determining actors. So take an area of ​​your own interest, a period on the time scale of that area where there is something interesting to write about, investigate and try to tie the strings together.

About five years ago I was in the Bosnian capital Sarajevo. There I saw the ruins of the Winter Olympics that the city organized in 1984. The bobsleigh run, the ski jump, the athletic hotel: they were all left there in the Olympic hills of yesteryear. Strongly affected by the time, which included many years of siege (the Balkan war of the 1990s). And heavily discolored by graffiti, as befits a modern ruin.

This Olympic landscape became the starting point for my research. The concept of landscape is quite comprehensive in landscape biography. Not only the idyllic plains of the countryside are eligible for historiography, but also villages, cities, streets, squares or buildings. Any place that in a sense can be mentally and visually framed, just like the “original” landscape as known from the countless paintings from Romanticism. A landscape consists of a large number of layers, not only physical in shape, but also mental. The role of a person in a landscape can therefore not be ignored. She only needs to know (thinking) about the existence of the landscape and the relationship is born.

I finally decided to write a story about the Juan Antonio Samaranch Olympic Hall (formerly Zetra Olympic Hall), where the ice hockey and figure skating tournaments were held in 1984. The names of buildings (and certainly those of ice rinks) are rarely chosen at random, Juan Antonio Samaranch refers to the Spanish IOC president at the time of the Sarajevo Winter Games. In 1982 he had opened the new ice rink in person and two years later during the closing ceremony of the Games he spoke to the people of Sarajevo in praise for the organization of the tournament. Ten years later, the atmosphere of the sports hall was no longer one of glory, euphoria and pride, but of fear and destruction, prompted by the siege of the city by the Serbian nationalists. The ice rink changed function. It served as a strategic position for UN armies. As a place of humanitarian aid. As a storage place for the collection of the Olympic Museum. It was shot and burned by the Serbian army. That did not stop Samaranch from paying a supportive visit to Sarajevo and Zetra Hall. He secretly flew up and down for it from Lillehammer, where he attended the 1994 Games.

Cleaning came with the renovation of the ice rink in 1999, initiated and sponsored by Samaranch through IOC millions. He again personally arranged the reopening of the hall. When he died in 2010, the Bosnians baptized the building after him. The biography of this old Olympic ice rink shows that countless layers of meaning can come together through a web of dynamic interrelations, spanning one or more landscapes. In the Olympic landscape of the Olympic ice rink, the historical events of the Olympic Games and the siege are connected in special and many ways. Over the decades, the stadium served as a place of appreciation, pride, fear, protection, and most importantly, self-identification. It is as much the story of the building itself as it is the story of the people who are connected in any way to the building. The people of Sarajevo and IOC President Samaranch were two important actors in the game here, but they were far from the only ones. Landscapes are pre-eminent thanks to the interaction with people. The character of a place is always assigned and determined by those who know it. That is why it is they who write the landscape biography. The instincts of the gifted heritage student eventually tell a story.