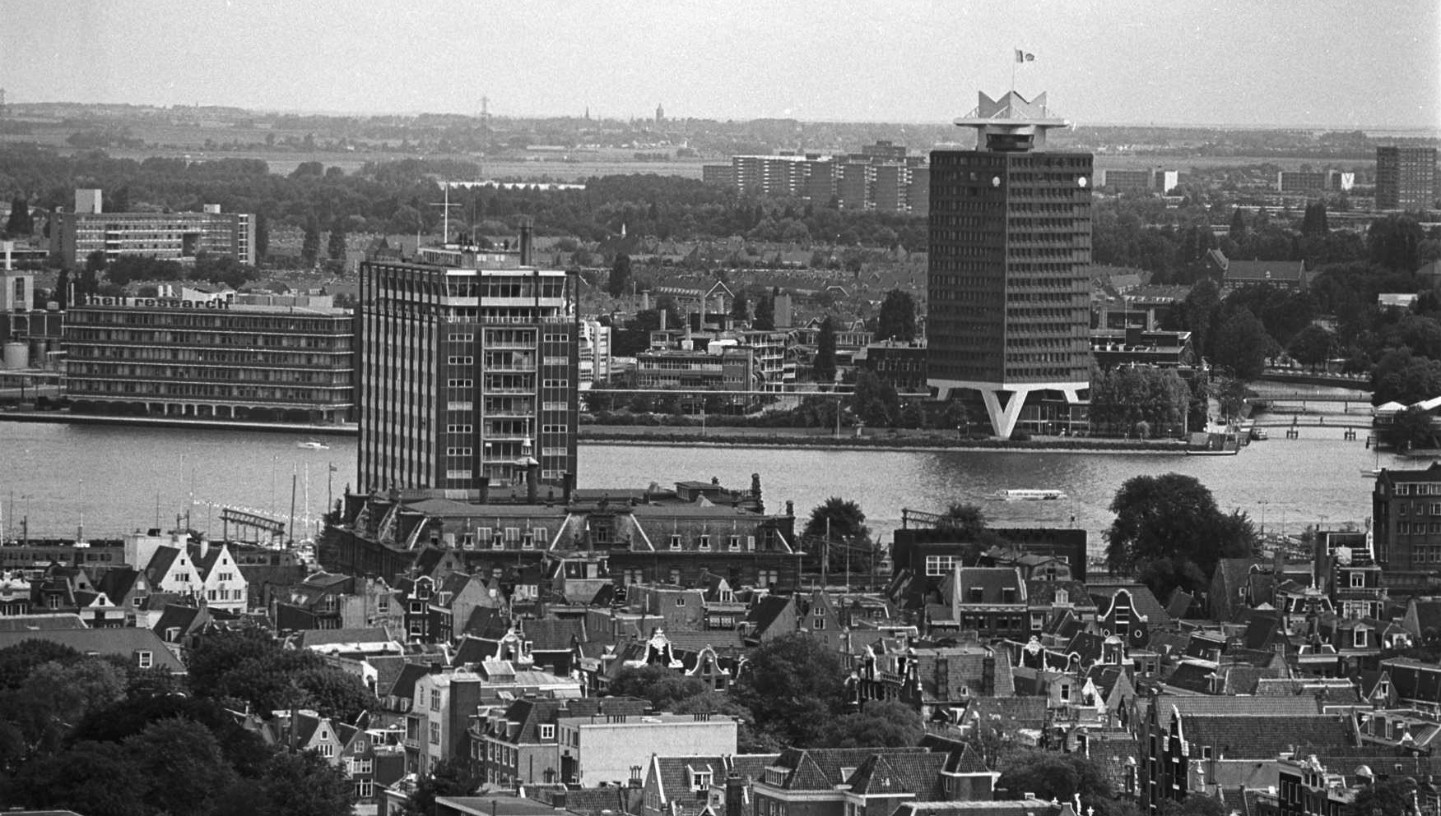 Coming from an urban design background, I wanted to complete my internship with a company that focused on a spatial aspect of heritage studies. As an international student from Canada, the language barrier was also a concern. Although almost everyone is fluent in English in Amsterdam, the official working language here is Dutch. Fortunately, Linde was able to arrange for a perfect fit.

Office Winhov was highly recommended due to their reputation in revitalizing buildings from past eras. Furthermore, over the past years Office Winhov has been a valuable partner in Transformations: Meeting Designers, the capstone course of the Masters program. Students have been invited into their current projects and the architects have opened themselves to our criticism, creating a valuable dialogue that reflects the way we are encouraged to question ourselves and explore various viewpoints.

The best part was the international nature of their team, so I did not only get to work alongside the Dutch, but also with people from all over the world. On a day to day basis, the language barrier was not a communication issue. Encountering Dutch in a professional setting for eight hours a day, even casually, created an immersive environment to pick up the language and communication norms. They had made efforts to create an inclusive atmosphere. Even though training course were held in Dutch, non-Dutch teammates had been encouraged to attend training courses so that they did not miss anything, and for the most part they had been able to follow through the visual presentations.

The Assignment
I had been assigned to research for the Local Heroes project, an initiative from Office Winhov to give recognition to the invisible architects that have shaped our urban environments. Although each issue is localized, most focusing on a single city or region, there is significant geographical diversity between the issues so collectively it reads like a series of travel guides with architectural walking tours. The project has an international reach, with queries from as far as Harvard. Therefore, one of my background tasks was to translate past issues into English, so that the project can be more widely read.

The main assigned task was to produce the next issues of the Local Heroes projects, highlighting the work of the original architects of the buildings that are currently being revived by Office Winhov. The initial research strategy involved using academic research skills learned over the course of the program, such as literature study and landscape biography.

However, upon starting the research it became clear that the geographical and temporal proximity of the subject matter would also benefit from a more direct approach. The featured architects still had living children, who were able to provide a richer and deeper biography than purely factual second-hand sources. Many of the buildings are located in Amsterdam, so it was possible to visit these buildings and to experience the environment they created. Amsterdam in particular was an ideal setting for this project, as it is a city built by invisible local heroes. Its monumentality does not come from individualistic self-glorifying proclamations, but instead its monumentality comes from the composition of everyday domestic architecture.

Reflections
Through researching the Local Heroes, I became aware of how the Dutch mentality resulted in the very distinctive urbanism – how efficiency does not require the sacrifice of aesthetics, how monumentality can be practical and useful, and how the everyday can be elevated through thoughtfully implemented small-scale details.

One of the most important things I have learned from the Local Heroes project is that spatial heritage is not just about the buildings themselves, but it is also about the ideas that shaped these places. There are many possibilities to integrate the research component and the design process, and I believe strengthening the interaction between the two would benefit both the academic and professional fields.

This had been my first experience with a design team outside of North America, and it was so different from my previous experience, where the design plan was prescriptive, handed down from above and detached from the local geographical and historical context. Even though I did not have a chance to be directly involved in the architecture projects, interacting with those involved gave me an appreciation of the Office Winhov design process. This sensitivity to spatial and temporal contexts, and their thoughtful philosophy of elevating the ordinary was a clear reflection of why Dutch architecture remains so timeless.