Industrial heritage is everywhere. Old warehouses are transformed into restaurants, an old power station functions as a meeting place for city dwellers, and an old garage is now a microbrewery. The Westergasfabriek in Amsterdam and Strijp-S in Eindhoven are just some of the Dutch examples of industrial transformations. Developers’ dream of places that are blessed with a  ‘ raw’ and ‘ edgy’ Industrial character. Small businesses owners prefer these places rather than the standard office building and even individuals are looking for a home with a unique, authentic atmosphere. Industrial heritage is hip, hot and happening!

We went to the birthplace of Industrial Heritage: The Ruhr area. After the slow decrease of heavy industries in the region, the landscape of the Ruhr area changed radically. Abandoned mining installations, vacant factory buildings and Halden – hills made out of industrial debris- still dominated the area.  The sounds of the Industry that once determined the rhythm of life, faded away.

This fieldtrip was organised as part of the MA Heritage Studies course Transformations: meeting Designers and we were joined by a group of interdisciplinary students from the honours program of Leiden University. Under the watchful eye of dr. Linde Egberts and prof. dr. Hans Renes we took of to the Alsumer Berg near Duisburg. After a short but intense walk up the pile of mining waste, we had a perfect view on the surrounding landscape. The landscape of the Ruhr Area has a unique character. The surface of the area is around 4500 km2 and has around 5 million inhabitants. Yet there are no big cities. There is a lot of greenery dividing the closed network of small cities, railways, canals and roads, creating a unique rural-urban character mixed with remembrances of the Industrial past.

From there we left for a small, yet enjoyable walk through the former industrial village of Margarethenhöhe, the first example of a Garden city in Germany. After a refreshing cup of coffee, we arrived at Zeche Zollverein. This UNESCO World Heritage site is the first and the most well-known industrial heritage site in the world. This Bauhaus style 1920’s mining complex was closed down in the late 1980’s and has since then been transformed into a multicultural event site, while also being placed on the UNESCO World Heritage list in 2001. Different groups of students went on their way to explore the area and to discuss how the area was transformed. We proceeded with some small presentation of various topics that brought up critical and analytical questions such as: Whose heritage is it? Is the new purpose of the area socially and economically sustainable? And of course, a heritage experts favourite question: Was the authenticity of this place kept intact?

This inspiring excursion evoked more questions than it answered. We definitely need to go back, learn more about the area and keep discussing industrial transformation projects. One thing is certain; the transformations in the Ruhr area have been an inspiration for the transformation of desolated industrial sites worldwide and made industrial heritage part of the heritage debate and our daily surroundings. 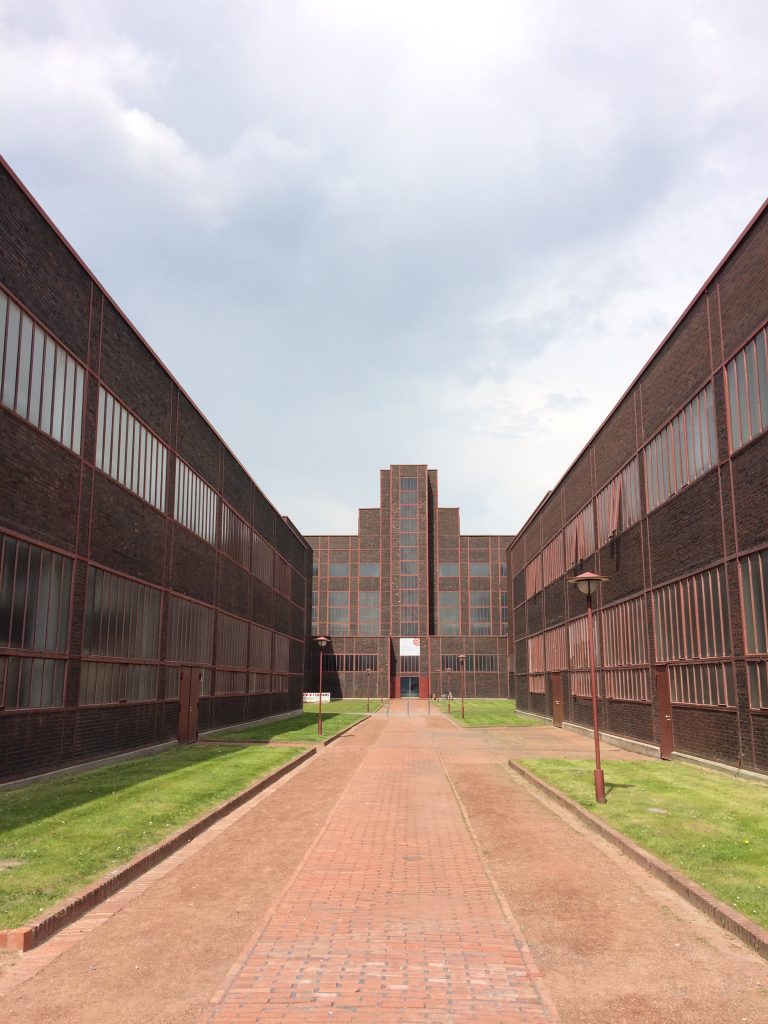 Example of a house in Margaretenhöhen. 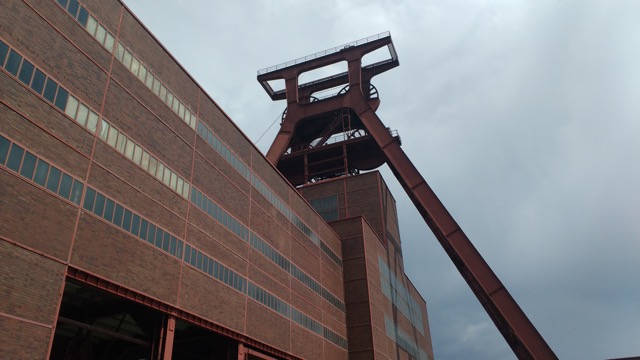 The redeveloped complex of Zollverein in Essen. 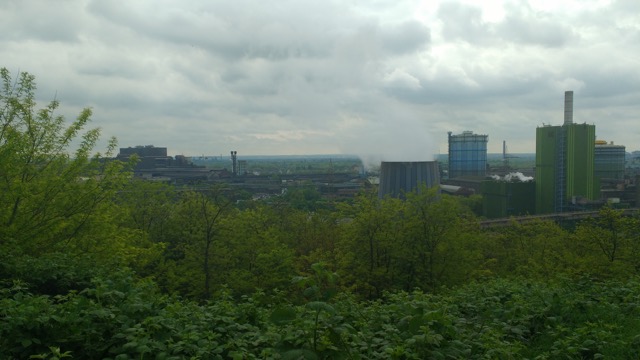 Here is a view from the Alsumer Berg near Duisburg, show the industrial appearance of the area. 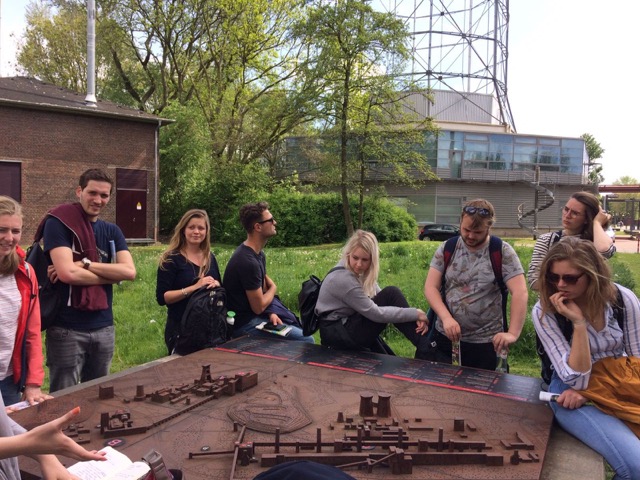 During the last presentation of the day, with a model of the Zollverein complex to give clarification.