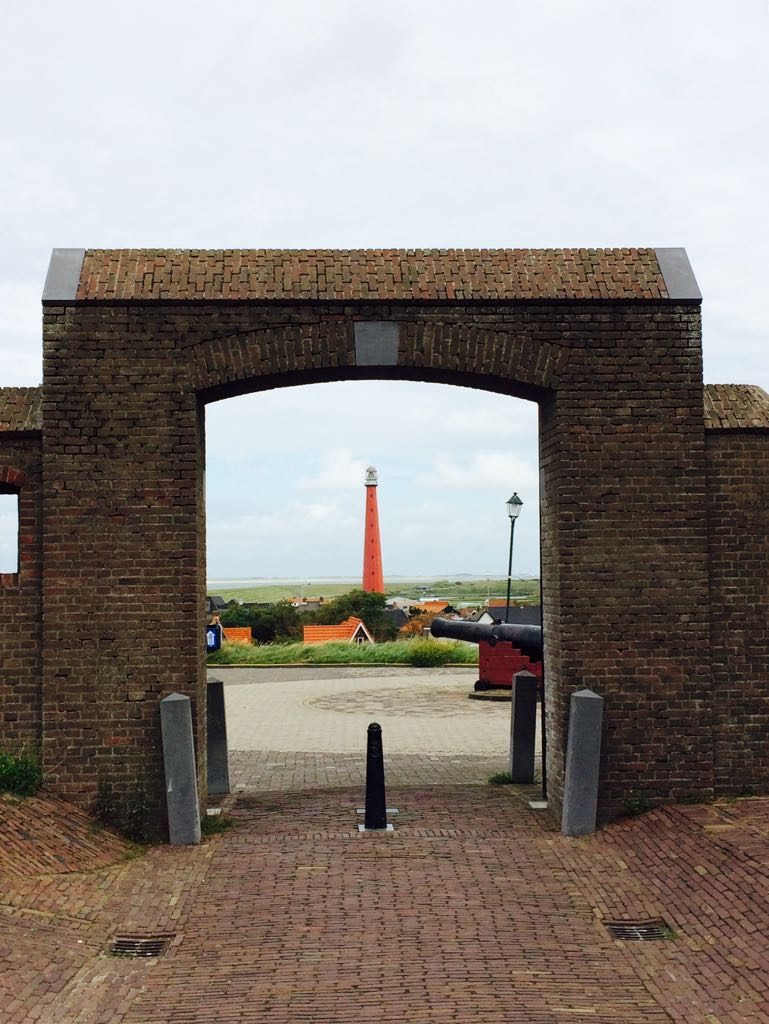 The Netherlands has a rich architectural and urban design history. Most people expect that heritage-specialists or architectural historians to visit medieval of Golden Age cities . So when we told our friends that we would visit Den Helder for a heritage fieldtrip they asked: “What heritage and architecture is there to see in Den Helder?”
Den Helder is the most northern (and windiest) point of the Dutch mainland. Most people only come here to take the ferry to the Wadden-island Texel. But Den Helder is more than that. It has a rich history, especially related to shipping and the Dutch navy. In 1811 Napoleon Bonaparte commissioned the marine base Willemsoord. Willemsoord grew to become the main marine base of the Netherlands. The marine base created employment and hence the town of Den Helder expanded.
During World War II the Germans used Willemsoord as their naval base. This part of history had a major influence on the city and its environment. Part of the Atlantikwall, build by the Germans as a defence line, runs through Den Helder. To defend themselves against the English the area around the defence line needed to be cleared. This meant the demolishing of the buildings in de ‘old town’ of Den Helder. The remaining part of the city suffered from the destruction of allied bomb attics.
After the war Den Helder had to be rebuilt. As a result we find a lot of post-war reconstruction and buildings from the German occupation. 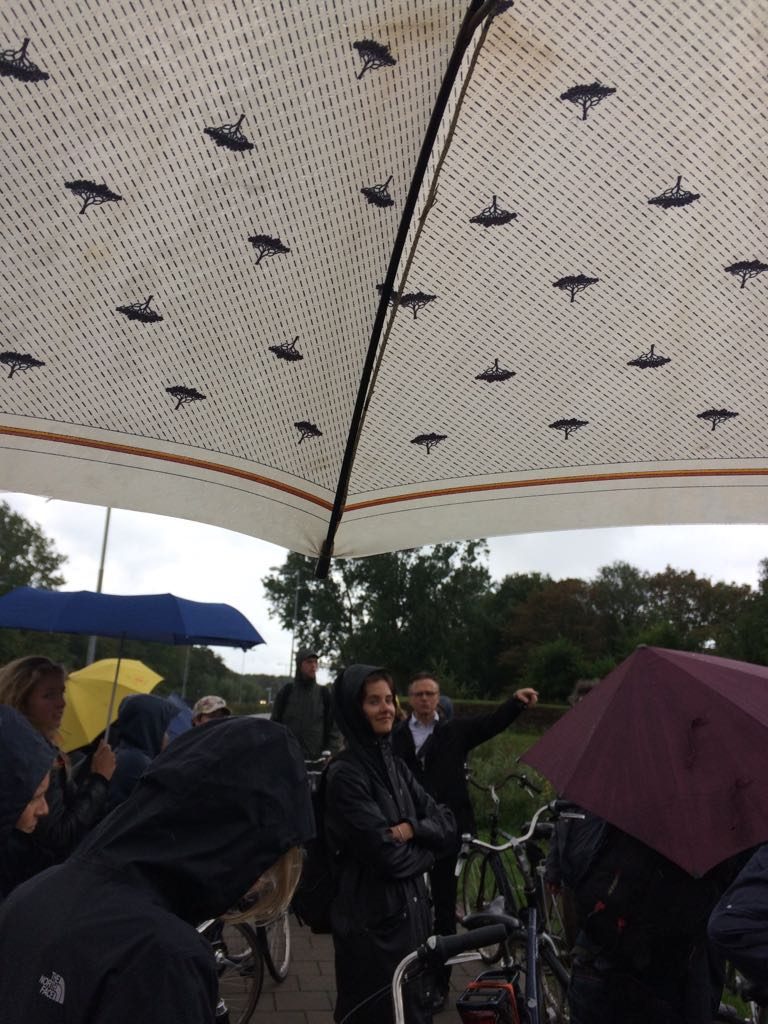 This fieldtrip was not only to see the use and re-use of heritage or urban- and town planning, but also to become acquainted with the subjects of the study course. During the cycling trip in typical Dutch weather (strong winds and rain) and over lunch and drinks we also became familiar with our fellow students.
The cycling tour brought us first to Huisduinen. In Huisduinen are rows of wooden houses that were sent by Austria as a building kit in 1947 to help with the reconstruction of the town. These houses are a valuable part of the Dutch heritage as not many of these type of houses are left in the Netherlands. The tour continued to the ‘Casino’, built by the Germans during the War as a lodging for officers in the German army. Although the building looks like a ruin, the local government made plans for re-use. Despite the building was built by the ‘enemy’ at that time, Den Helder decided it was worth preserving it as part of the town’s history. 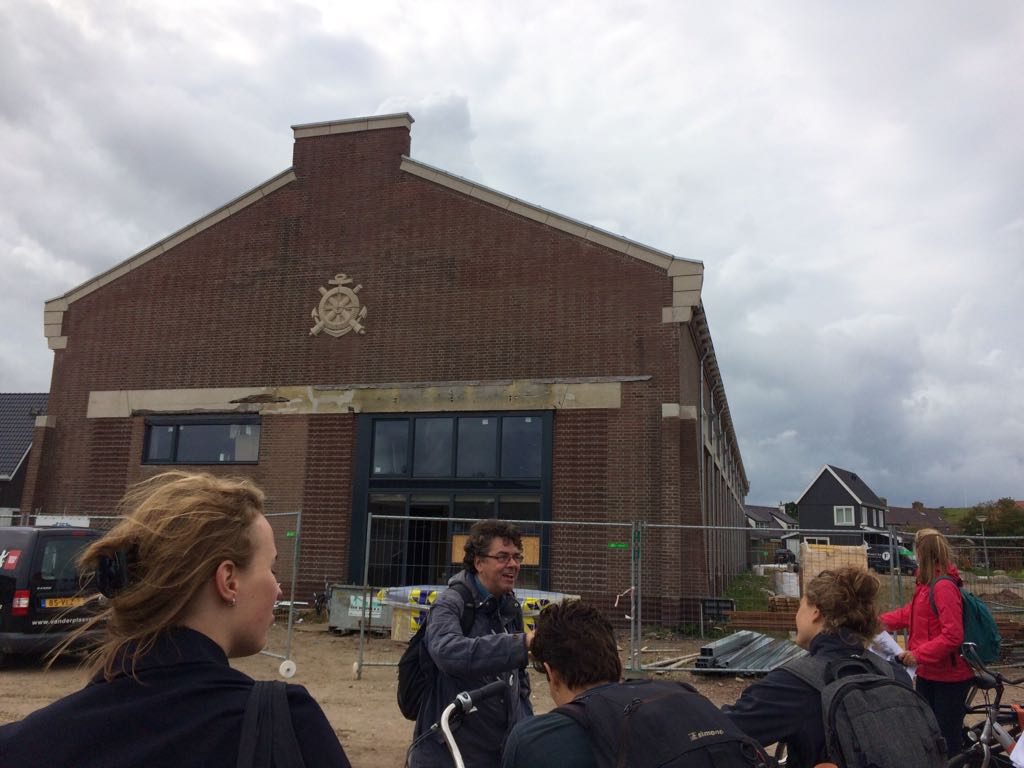 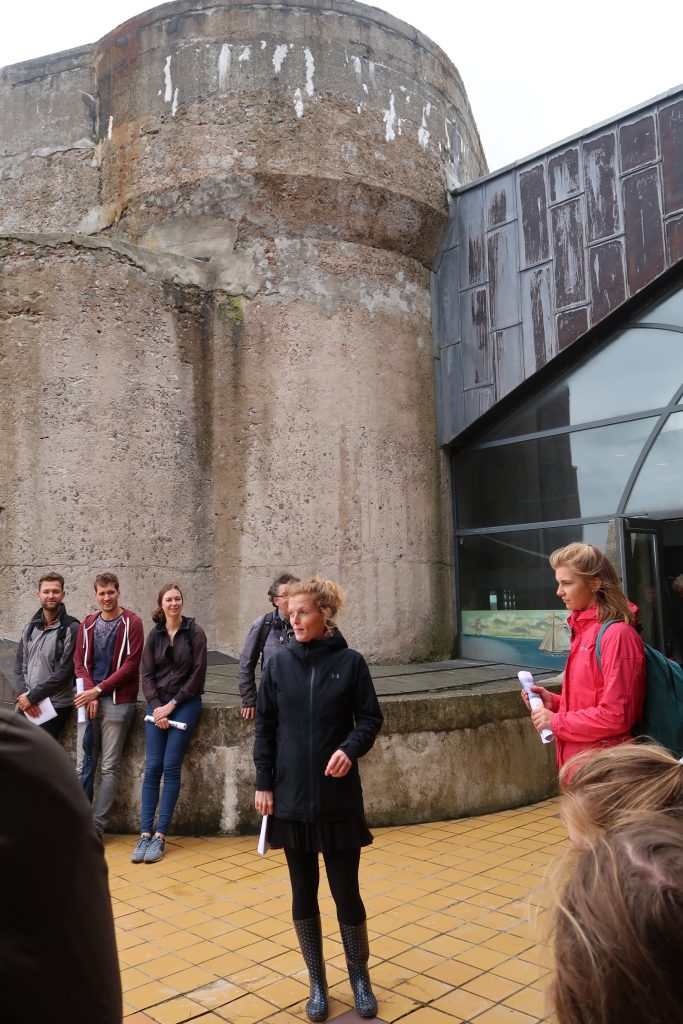 The next stop was Fort Kijkduin. The Fort, part of the Napoleonic defenses, is now used as an aquarium. From the outside the building has been preserved in it original state, but inside it has been adapted for a modern use. This makes a good example for the potential of the re-use of heritage, however some of the new modern building extensions seem to be an eyesore for some inhabitants of Den Helder.
In the afternoon the urbanist of the Den Helder municipality showed us the town. We cycled through the post-war reconstruction neighbourhoods. After the war Den Helder faced the problems of rebuilding and reconstruction of the town. Nowadays Den Helder faces the problems of a shrinking population. Since the navy is withdrawing manpower out of Willemsoord many people are moving out of the town. Houses have now been vacated. So this fieldtrip not only taught us about the preservation of heritage, but it showed us also the dilemmas of a changing (shrinking) city. It led to questions: What is worth preserving and at what cost? What should the local government change? What should be considered as the city’s heritage? How to maintain a vibrant city and an enjoyable living environment?
Den Helder faces these questions not only with the post-war apartments but also in the debate about the old post office, which is now a museum. During the tour the urbanist of the municipality explained the different stories behind and issues concerning the many developments the city has undergone. This enriched our tour. 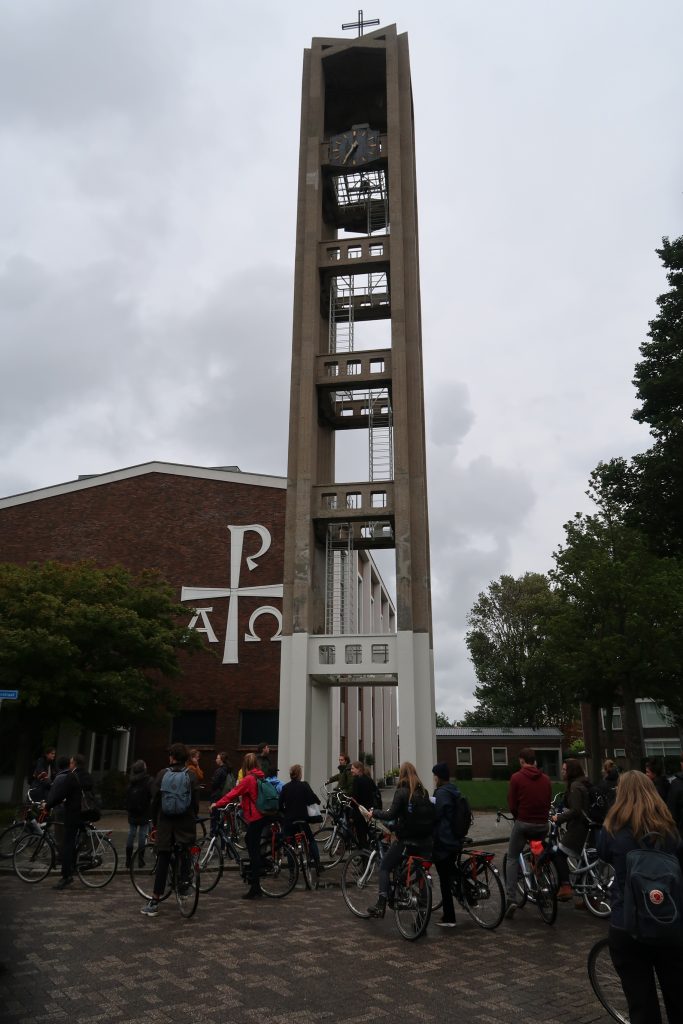 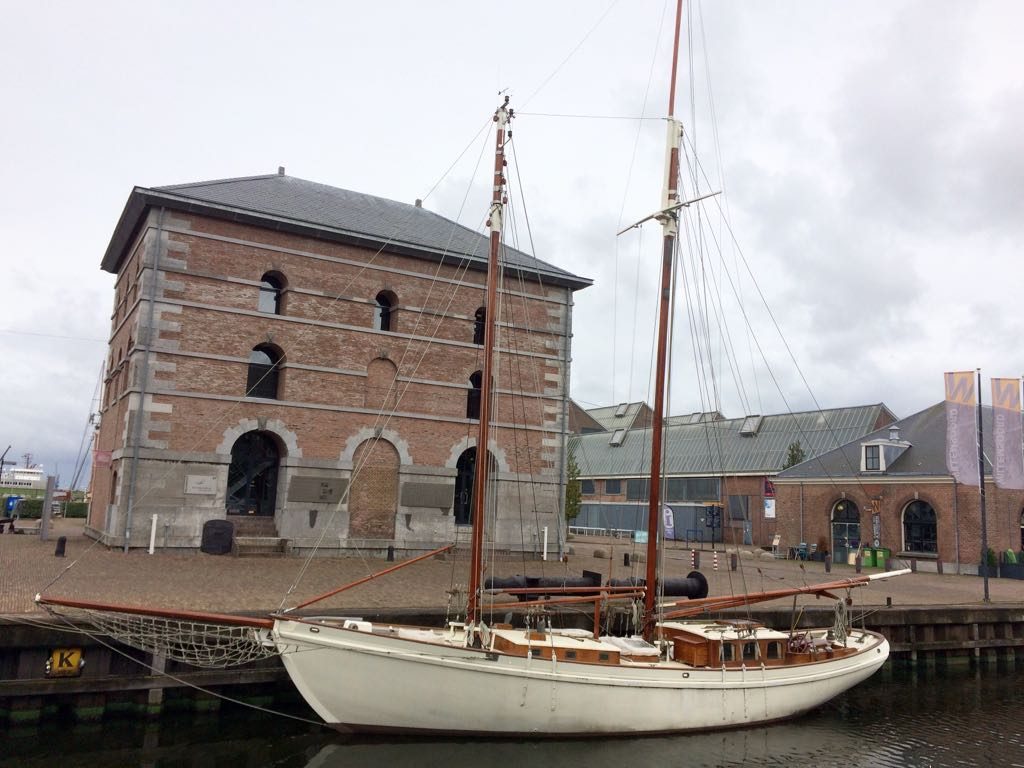 To finish the day we went on a walk around the Willemsoord marine base. When the navy left part of the base this vast area became a part of the public domain and local government needed to find a new use for this area. At the moment small businesses are encouraged to locate their offices at the old base. Willemsoord also became home for a museum, cinema and different restaurants in the old marine buildings, all part of the redevelopment.
After a full day in Den Helder we quickly went back to civilization.