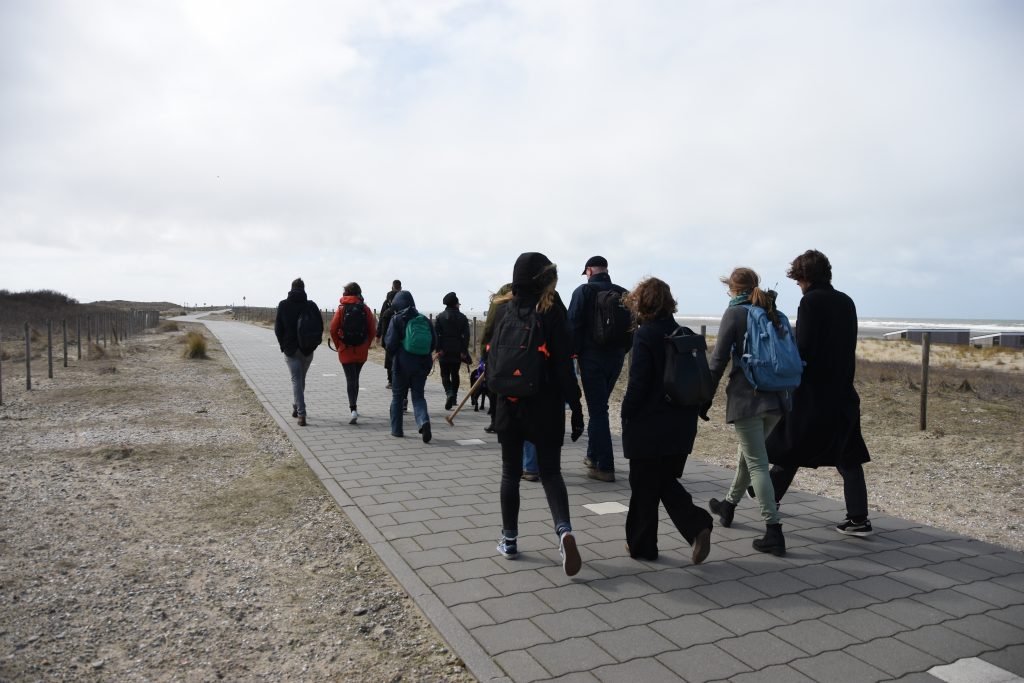 How do we value a landscape that is temporary and experimental, but innovative and in line with a strong Dutch tradition of water management? How to assess a phenomenon that is neither entirely natural nor cultural; that is intriguing both in its tangible and intangible presence? During the most recent re-scape colloquium, we travelled to the Zandmotor of Kijkduin: a coastal landscape at the Dutch shore, designed in 2011, to discuss these questions. This Deltaduin was constructed to ‘naturally’ maintain the needed width of the beaches in order to secure the coastal region. In other words, the Zandmotor is an industrial mechanism collaborating with the sea.

Jacqueline Heerma, conceptual artist and founding director and curator of the Satellietgroep, opened the discussion, substantiating the questions that are to be asked and answered in the effort to secure a position for the Zandmotor on the UNESCO World Heritage list. Unsurprisingly, opinions varied widely. Those opposed to a UNESCO heritage nomination feared the consequences – tourism, for example – and their effects on the Zandmotor’s current natural atmosphere. Another reason to oppose the suggestion was based on the actual nomination: what existing UNESCO heritage category would encompass the complex identity of the Zandmotor? Someone else suggested the possibility to nominate the site solely for the Dutch National list of Heritage, arguing that the landscape’s importance and uniqueness are limited to the cultural identity of the Netherlands.

But should this cultural identity not be globally presented and celebrated, those in favour of a UNESCO nomination argued. Is the Zandmotor not the most recent and equally important addition to a strong tradition of Dutch water management, whose precedents have already been rewarded this monumental status?

Those in favor of the UNESCO nomination focussed on the discussion on the most appropriate category: should the Zandmotor be celebrated as a cultural (in this case interpreted as man-made) or natural phenomenon? At the moment, the process is fully natural; or at least, nature has taken over. Yet is has been designed and initiated by human mind and action. But the area feels natural; the machines are invisible. Perhaps we should be inspired by landscape designer Diana Balmori and conclude that there is no longer such a thing as nature, that nature is just a figment of culture’s imagination. But we can enjoy it nonetheless.

As in any heritage discussion, no unanimity was reached, but all of us gained valuable insights. The discussion on the recent heritage hype, where everything seems to be designated a heritage status, was especially interesting. Are we not establishing a heritage system that becomes its own enemy, an almost-all-inclusive system whose elements can no longer be provided with instant special treatment? What happens when heritage sites are no longer an endangered species? Should we, above all, reconsider UNESCO’s nomination requirements, allowing extraordinary sites to retain or gain their extraordinary status, while allowing innovations like the Zandmotor to be included, too? 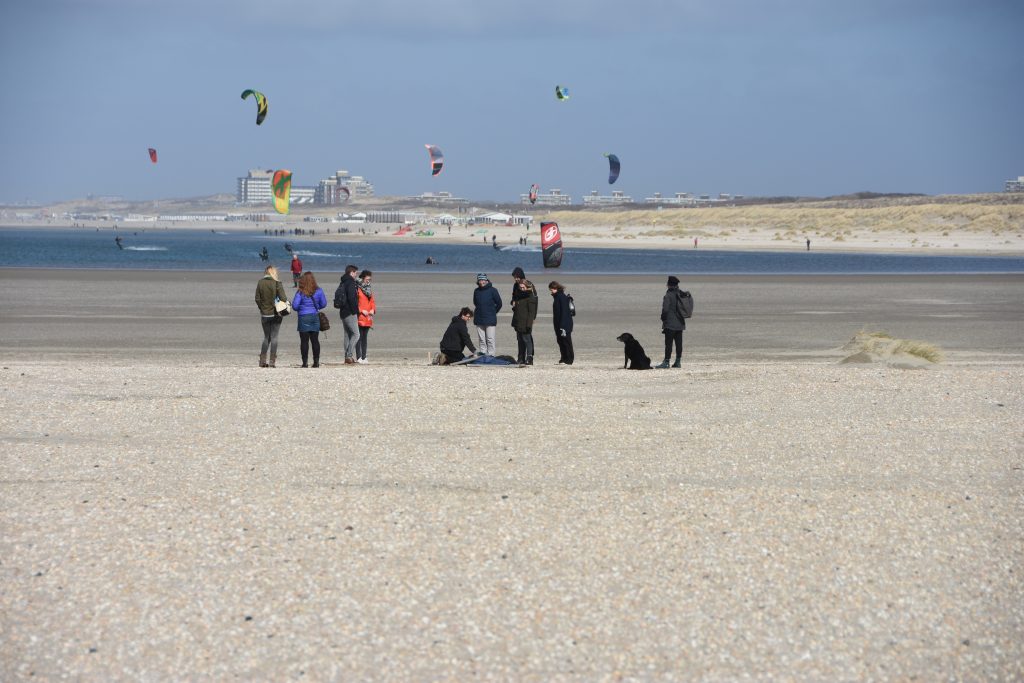 Demonstration of several functions at Zandmotor: research and leisure activities 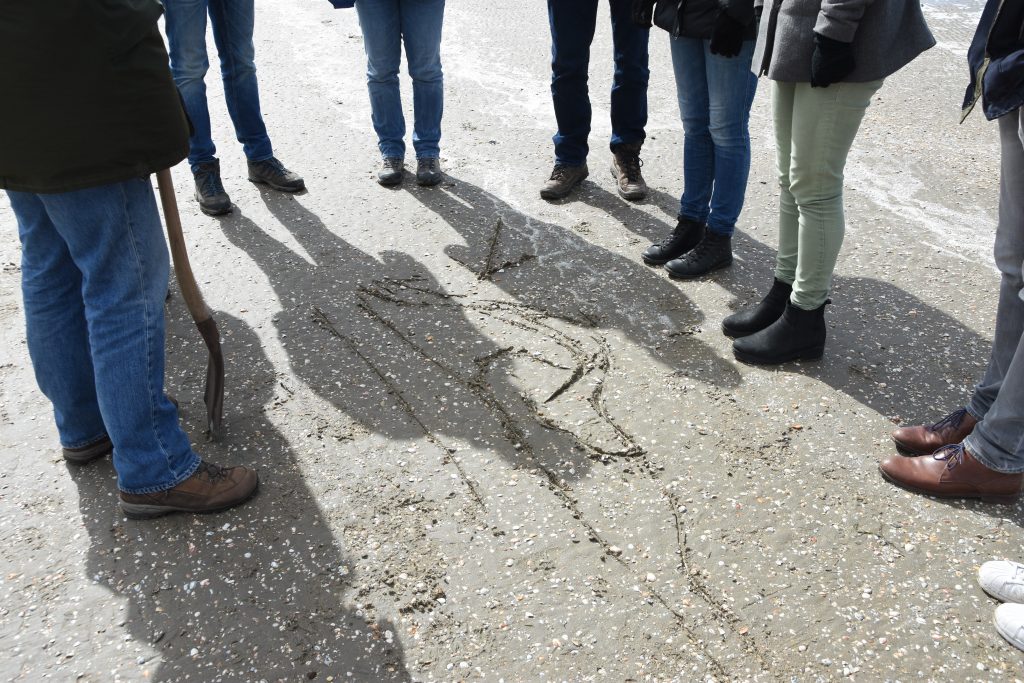 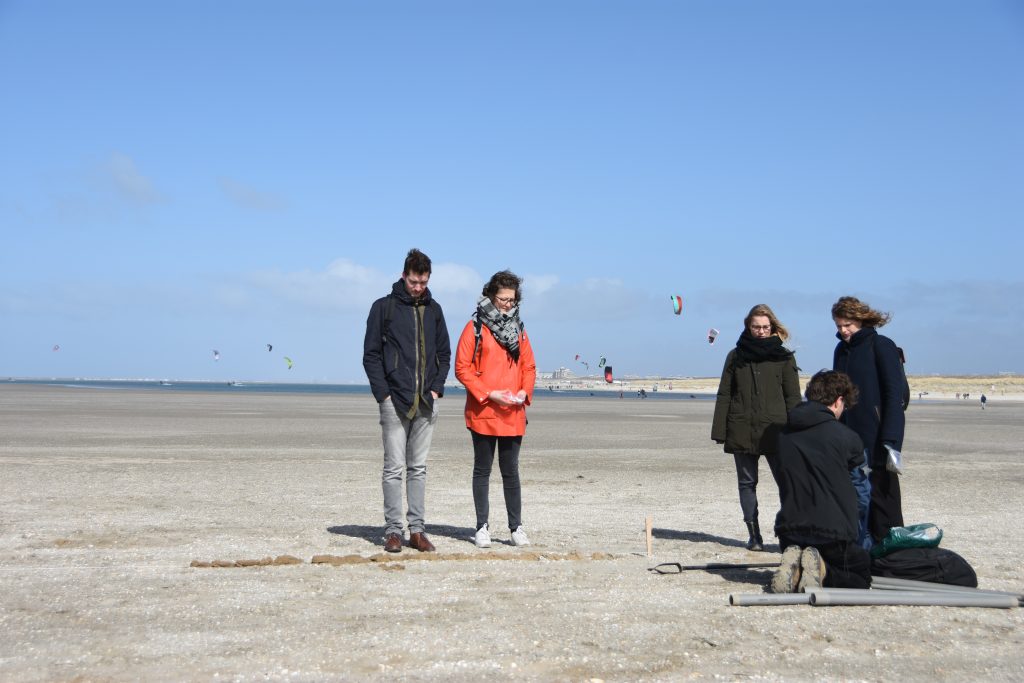 Digging for ‘sweet’ water, which we found at approximately one meter below surface.